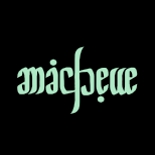 Advice to a Young Mathematician

The art in good mathematics, and mathematics is an art, is to identify and tackle problems that are both interesting and solvable.
Proof is the end product of a long interaction between creative imagination and critical reasoning…  The vision comes ﬁrst, it develops into an idea that gets tentatively sketched out, and ﬁnally comes the long technical process of erecting the work of art. But the technique and the vision have to remain in touch, each modifying the other according to its own rules.
-Sir Michael Atiyah

The article “VIII.6 Advice to a Young Mathematician”,  in The Princeton Companion to Mathematics is available here for free from the publishers.  It is one of the most interesting papers I have read recently.  The article is modeled after Sir Peter Medawar’s book Advice to a Young Scientist.  Five mathematicians, Sir Michael Atiyah,  Béla Bollobás, Alain Connes, Dusa McDuff, and Peter Sarnak, each contributed a paper specifically aimed at young mathematicians.

This entry was posted on May 12, 2012 by michelledelcourt in Math Education and tagged advice, Atiyah, Bollobas, Connes, math education, Sarnak.